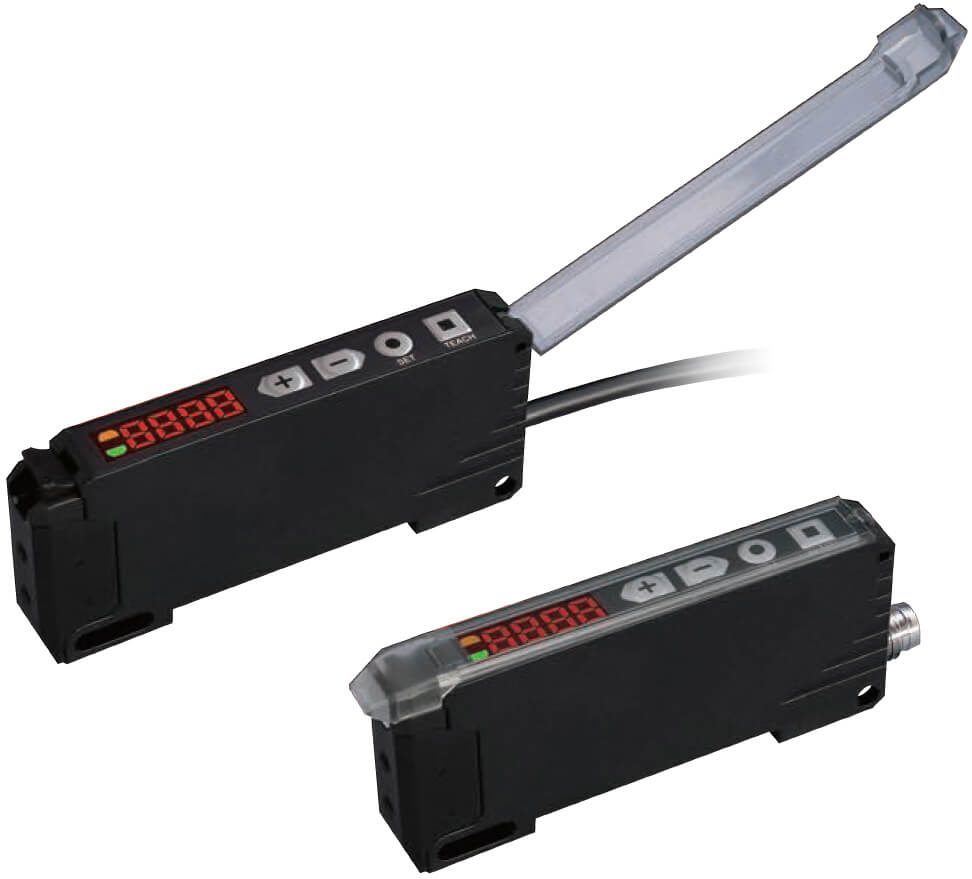 The D1RF series is a flexible digitial fiber optic amplifier featuring an IP66 rating allowing you to mount it in locations that aren't possible with other fiber amps.

It has push button teach and a bright digital display that shows the light receiving level, threshold and set value, etc. The D1RF series has response time switching and is NPN/PNP switchable.

The series will also allow you to switch between three levels of light which is useful when detecting short distances or when detecting transparent or small objects.

Learn More About the Series

The D1RF Series features IP66 protection, allowing it to be used in applications where the fiber amplifier may come in contact with water, setting it apart from other fiber amplifiers. 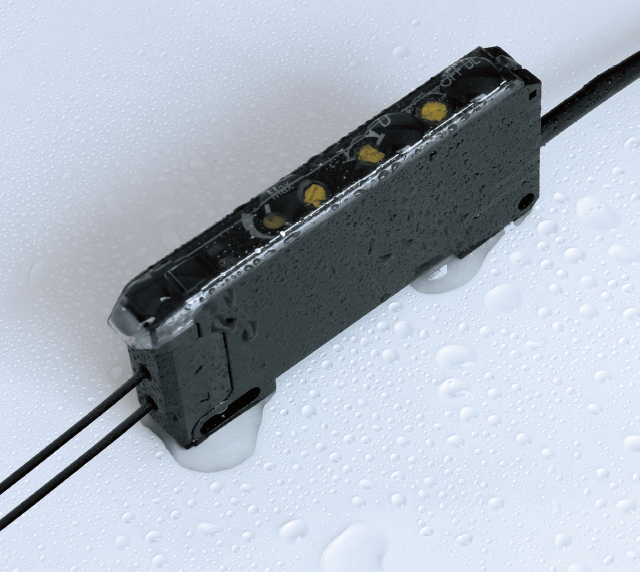 With M3 screws, the D1RF series can be mounted anywhere without the use of a DIN rail or mounting bracket.

Switch between the standard 250 µs and 50 µs  for applications where rapid response is needed. 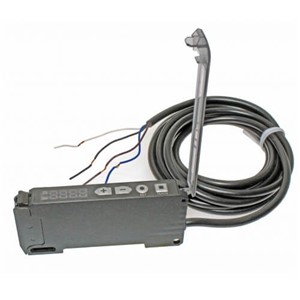 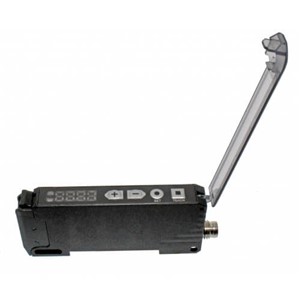